As we are heading toward the end of semester, stress to prepare for final exams, finishing due homework (and papers) increase exponentially! We, at social hour committee, are happy to organize Indian music event this Friday, April 6th at 3:00PM in 369 CSL, so we can enjoy moment of relieve from our busy schedule.

Carnatic music is the classical music style emanating from southern India. The music is based on ragas which are melodic modes or frameworks that are built around characteristic note patterns. There will be three sets of performances each ranging from 10-12 minutes. Two sets of pieces will be vocal compositions accompanied by a violin and tabla (north Indian hand drum) and another will be purely instrumental with violin and tabla.

Bio: Vedhus Hoskere is a second year PhD student in the Department of Civil and Environmental Engineering. He has been learning Carnatic music (South Indian Classical Muisc) as a vocalist for 9 years from his Guru Shri D. V. Nagarajan who is based in Bangalore, in India. He has performed at venues in Bangalore, India and in Champaign. He currently serves as the Director of the Society for Promotion of Indian Classical Music and Culture amongst Youth (SPICMACAY), an RSO on campus. His other interests include ballroom dancing and playing badminton.

Aravind is master’s student in the Computer Science. He has been learning Carnatic music from his grandfather, Thriuvattaar Raveendran Nair, from the age of 5. He has performed in a few stages in Kerala, Hyderabad and Champaign. He was also part of a playback singing chorus for some regional TV shows and movies.

Sathwik is masters student at the Industrial Engineering. He’s a professional Carnatic Classical violinist with over 400 shows to his credit. He began training at the age of 9 from violin Maestro B Raghuram. From the past 6 years he’s been under the tutelage of the legendary Carnatic violinist duo, Vidwan Mysore Mysore M Nagaraj and Dr Mysore M Manjunath. He was recently awarded “Best Violinist of the season” title for the year 2017 by the prestigious Nada Bramha Music Association, Mysore.

Dr. Soham Mujumdar is a postdoctoral researcher at UofI. He has been learning Tabla (Indian Classical Drum) since he was 10 year old from Shri Mukesh Shrikhande from Kolhapur, Maharashtra. During his PhD he has been involved in SPICMACAY- first as a president and then as an active board member.

Want to know more about machine learning, control theory, robots and farming, CSL social hour committee is glad to have Prof. Girish Chowdhary this Friday, March 30th at 3:00PM in 369 CSL. In this week’s social hour Prof. Chowdhary will talk about “Autonomous and Intelligent Robots for Your Farm!”.

Abstract: What if a team of collaborative autonomous robots grew your food for you? In this talk, Prof. Chowdhary demonstrate some key theoretical and algorithm advances in adaptive control, reinforcement learning, collaborative autonomy, and robot-based analytics his group is working to bring this future a lot nearer! 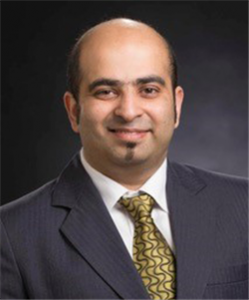 Bio: Girish Chowdhary is an assistant professor at the University of Illinois at Urbana-Champaign, and the director of the Distributed Autonomous Systems laboratory. He holds a PhD from Georgia Institute of Technology in Aerospace Engineering. He was a postdoc at the Laboratory for Information and Decision Systems (LIDS) of the Massachusetts Institute of Technology, and an assistant professor at Oklahoma State University’s Mechanical and Aerospace Engineering department. He also worked with the German Aerospace Center’s (DLR’s) Institute of Flight Systems for around three years. Girish’s ongoing research interest is in theoretical insights and practical algorithms for adaptive autonomy, with a particular focus on field-robotics. He has authored over 90 peer reviewed publications in various areas of adaptive control, robotics, and autonomy. On the practical side, Girish has led the development and flight-testing of over 10 research UAS platform. UAS autopilots based on Girish’s work have been designed and flight-tested on six UASs, including by independent international institutions. Girish is an investigator on NSF, AFOSR, NASA, ARPA-E, and DOE grants. He is the winner of the Air Force Young Investigator Award, and the Aerospace Guidance and Controls Systems Committee Dave Ward Memorial award. He is the co-founder of EarthSense Inc., working to make ultralight agricultural robotics a reality.

Following positive feedback we received from social hour sessions, with Machine Learning theme, CSL social hour committee is glad to have Prof. Sanmi Koyejo from department of computer science this Friday, March 9th at 3:00PM in 369 CSL. In this week’s social hour Prof. Koyejo will talk about “From open ended decoding to dynamic connectivity; probabilistic model for neuroimaging analysis“. 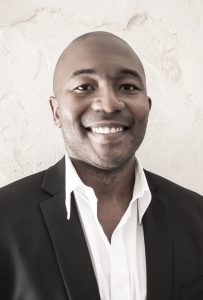 Bio: Sanmi (Oluwasanmi) Koyejo an Assistant Professor in the Department of Computer Science at the University of Illinois at Urbana-Champaign. Koyejo’s research interests are in the development and analysis of probabilistic and statistical machine learning techniques motivated by, and applied to various modern big data problems. He is particularly interested in the analysis of large scale neuroimaging data.

Koyejo completed his Ph.D in Electrical Engineering at the University of Texas at Austin advised by Joydeep Ghosh, and completed postdoctoral research at Stanford University with a focus on developing Machine learning techniques for neuroimaging data. His postdoctoral research was primarily with Russell A. Poldrack and Pradeep Ravikumar. Koyejo has been the recipient of several awards including the outstanding NCE/ECE student award, a best student paper award from the conference on uncertainty in artificial intelligence (UAI) and a trainee award from the Organization for Human Brain Mapping (OHBM). 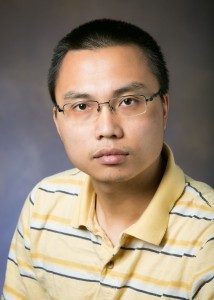 Bio: Thinh T. Doan is currently a Ph.D. candidate in Electrical and Computer Engineering (ECE) at the University of Illinois at Urbana-Champaign (UIUC). He was born in Vietnam, where he got his Bachelor degree in Automatic Control at Hanoi University of Science and Technology in 2008. In 2013, he graduated from University of Oklahoma, with a Master degree in ECE. His research interests lie at the intersection of control theory, optimization, distributed algorithms, and applied probability, with the main applications in machine learning, power networks, and multi-agent systems.

Important Announcement: The final Video of the Month is due by noon, Thursday, March 1st.  The link to upload your videos is:  go.illinois.edu/bestvideo. 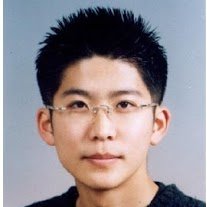 Bio: HyungJin Yoon is a Ph.D. candidate in Mechanical Science and Engineering at UIUC. He had worked in Hyundai for 7 years as an engineer developing electric cars. HyungJin is currently under the supervision of Professor Naira Hovakimyan on the study of control and machine learning in human-robot interaction. 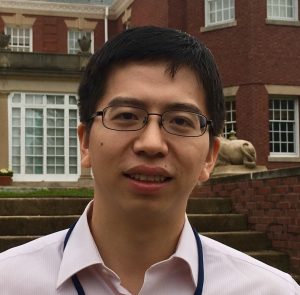 Bio: Shenyu Liu is a 3rd year Ph.D. student in the Department of Electrical and Computer Engineering at UIUC. After accomplished double bachelor’s degrees in Mechanical Engineering and Mathematics at the National University of Singapore, he then received master’s degree in Mechanical Science and Engineering at UIUC in 2015. Shenyu is currently under the supervision of Professor Daniel Liberzon on the study of almost Lyapunov function and input-to-state stability of switched systems. He also has collaboration with Professor Ali Belabbas on path planning for non-holonomic systems.
Besides academia life, Shenyu is also a gym addict. You may have a higher probability finding him in ARC than in CSL.

As many of you already know, in February, CSL holds one of its most anticipated events of the year, CSL student conference. Considering the great interest by both faculty and students to know more about this year’s conference highlights, we have arranged for conference organizers to give a talk at social hour this Friday, Feb. 2 at 3:00PM in 369CSL.

We are very pleased to have a social hour this week, different than previous ones. This Friday, unlike previous weeks we will not have a guest speaker, however we have prepared a fun Trivia game that will test your knowledge on CSL, who is who in CSL and some random (but interesting) academia facts. As always coffee and cookies will be served. Social hour will be held on Friday, Jan 26th at 3:00PM in 369 CSL.

The CSL administrative leadership welcomes students, postdocs and faculty to the new CSL calendar year 2018. During the first Social Hour of the semester on Friday, January 19, 3PM in 301 CSL, Dr. Klara Nahrstedt, the director of CSL, Karen Cromwell, CSL associate director for administration and Michael Chan, Engineering IT, will discuss (a) CSL organization and facts about CSL, (b) ‘who is who’ in CSL you can get help from, (c) CSL upcoming events in Spring 2018 and (d) Engineering IT Service available to you during Spring 2018. Come and join us get useful CSL information, fun facts and nice refreshments. 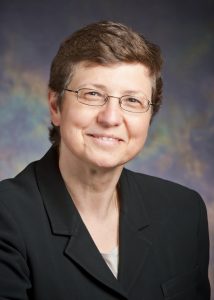 Bio: Klara Nahrstedt is the Ralph and Catherine Fisher Full Professor at University of Illinois at Urbana-Champaign, Computer Science Department, and the Director of Coordinated Science Laboratory at University of Illinois, Urbana-Champaign. Klara Nahrstedt received her BA in mathematics from Humboldt University, Berlin, in 1984, and M.Sc. degree in numerical analysis from the same university in 1985. She was a research scientist in the Institute for Informatik in Berlin until 1990. In 1995 she received her PhD from the University of Pennsylvania in the Department of Computer and Information Science. She is the ACM Fellow, IEEE Fellow, and the Member of Leopoldina German National Academy of Sciences.

Join the Social Hour to learn about the people of the administrative infrastructure with whom CSL students, postdocs and faculty interact with and get emails from, and about the CSL place CSL members will spend many hours during the upcoming academic year. And most importantly come, and enjoy food and company of CSL peers, staff and faculty.

Welcome to the last social hour of the semester! We are glad to have Daniel J. Block as our guest speaker for this week’s social hour on Friday, December 8th at 3:00PM in 369 CSL. This special session is titled as “Inexpensive Control System Lab Experiments”. 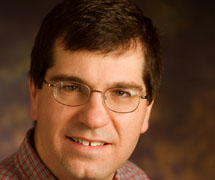 Bio: Dan received his B.S. in General Engineering with secondary field in Robotics and Control from the University of Illinois Urbana-Champaign in 1991. Then from 1991 to 1993 worked at IBM in Poughkeepsie, NY as a test engineer implementing/programming both their old line and new line of robotic test equipment. In 1993 returned to the University of Illinois Urbana-Champaign for a M.S. in General Engineering working under Mark Spong in the area of Robotics and Control. From 1994 to present he has the position of Lab Manager of the College of Engineering Control Systems Laboratory at the University of Illinois Urbana-Champaign. With this position he spends his time building new experiments for control theory and robotic theory lab courses and instructing hands on laboratory courses, GE 489 Lab Robotic Control, GE 420 Lab Digital Control of Dynamic Systems, GE 423 Mechatronics and ME461 Computer Control of Mechanical Systems.