CSL social hour committee is glad to announce that we will be celebrating the graduate appreciation week this Friday, Oct. 26 at CSL369. We are also delighted to have Prof. John Hart, Executive Associate Dean of the Graduate College and Computer Science Professor as our guest speaker. 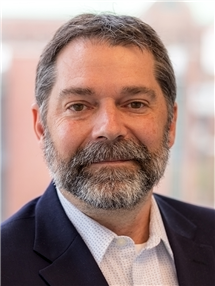 Bio: John C. Hart is a professor in the Department of Computer Science, College of Engineering, where he studies computer graphics. His work on computer graphics over the past 25 years has been supported by Adobe, AT&T, DARPA, IBM, Intel, Microsoft, Nokia, NVIDIA and the NSF. He has also worked with graphics hardware manufacturers, defense contractors, visual effects studios, game developers and a medical imaging startup. He is the graphics area editor for ACM Books, a past Editor-in-Chief of ACM Transactions on Graphics, a past member of the ACM SIGGRAPH Executive Committee, a co-author of “Real-Time Shading,” a contributing author to “Texturing and Modeling: A Procedural Approach,” and an executive producer of the documentary “The Story of Computer Graphics.”
He has also served in the Computer Science department as Director of Graduate Studies and Area Chair of HCI, Graphics and Visualization, and for the College of Engineering as Chair of its Promotion and Tenure Committee and Vice-Chair (Dean is Chair) of its Executive Committee. He was also a Fellow of the 2017 Big 10 Academic Leadership Program.