We are glad to have Prof. Seth Hutchinson, as our guest speaker for this week’s social hour on Friday, Nov 10 at 3:00PM in 369 CSL. In this session Prof. Hutchinson will talk about “What’s next for Robotics?”. 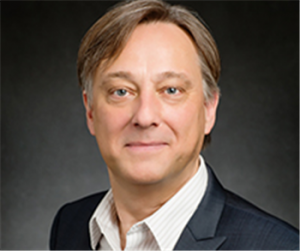 Bio: Prof. Hutchinson received his Ph.D. from Purdue University in 1988. In 1990, he joined the faculty at the University of Illinois in Urbana-Champaign, where he is currently a professor in the Department of Electrical and Computer Engineering, the Coordinated Science Laboratory, and the Beckman Institute for Advanced Science and Technology. He served as associate department head of ECE from 2001 to 2007. Prof. Hutchinson currently serves on the editorial boards of the International Journal of Robotics Research and the Journal of Intelligent Service Robotics, and chairs the steering committee of the IEEE Robotics and Automation Letters. He was Founding Editor-in-Chief of the IEEE Robotics and Automation Society’s Conference Editorial Board (2006-2008), and Editor-in-Chief of the IEEE Transaction on Robotics (2008-2013). He has published more than 200 papers on the topics of robotics and computer vision, and is coauthor of the books Principles of Robot Motion: Theory, Algorithms, and Implementations, published by MIT Press, and Robot Modeling and Control, published by Wiley.