Welcome back!! Hope you had a refreshing break. The CSL Social Hour Organizing Committee is very excited to announce this week’s special social hour talk by James Guelfi, Assistant Director for Research Services at CSL. This special session is titled as, “Research Support at CSL – what’s available?”. The event will be held on Friday, January 27 at 3:00PM in CSL 369. 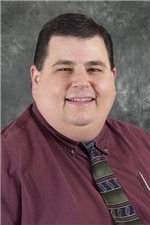 Bio: Jay obtained a Bachelor of Science degree in Psychology from the University of Illinois in 1996, and an MBA from Eastern Illinois University in 2004. He has been involved in IT with the University since 1997, first as an IT Pro with what was then CCSO (which became CITES, then Tech Services). In 2004, he became the Director of IT for Mechanical and Industrial Engineering (now called MechSE). In 2010, when the College of Engineering’s various IT units merged into Engineering IT, Jay became the Assistant Director for Research Services. In this position, Jay is responsible for planning and providing IT services to faculty and research groups, as well as supporting cleanrooms, machine shops, and other unusual computing within the College. His team manages computers running many versions of Windows, MacOS, and Linux – some of which are long retired.