The CSL Social Hour Organizing Committee is very excited to announce this week’s special social hour by CSL professors – Prof. Tim Bretl, Prof. Srinivasa Salapaka and Prof. Dan Work. They will provide an overview of DCL (Decision and Control) group activities. The event will be held on Friday, November 11 at 3:00PM in CSL 369.

Bio: Tim received his B.S. in Engineering and B.A. in Mathematics from Swarthmore College in 1999, and his M.S. in 2000 and Ph.D. in 2005 both in Aeronautics and Astronautics from Stanford University. Subsequently, he was a Postdoctoral Fellow in the Department of Computer Science, also at Stanford University. Since 2006, he has been with the University of Illinois at Urbana-Champaign, where he is an Associate Professor of Aerospace Engineering and a Research Associate Professor in the Coordinated Science Laboratory. He received the National Science Foundation Faculty Early Career Development Award in 2010. 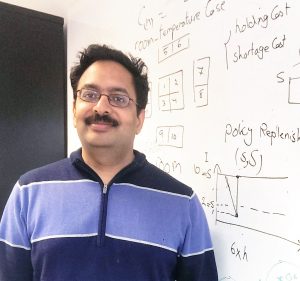 Bio: Srinivasa M. Salapaka received the B.Tech. degree in Mechanical Engineering from Indian Institute of Technology in 1995, the M.S. and the Ph.D. degrees in Mechanical Engineering from the University of California at Santa Barbara, U.S.A in 1997 and 2002, respectively. During 2002-2004, he was a postdoctoral associate in the Laboratory for Information and Decision Systems, Massachusetts Institute of Technology, Cambridge, USA. Since January 2004, he has been a Faculty Member in Mechanical Science and Engineering at the University of Illinois, Urbana-Champaign. He got the NSF CAREER award in the year 2005. He is an ASME fellow since 2015. His areas of current research interest include controls for nanotechnology, combinatorial optimization, Brownian ratchets, numerical/dynamic-systems analysis of root solving algorithms, and control of power systems. 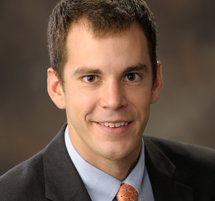 Bio: Daniel Work is an assistant professor in the Department of Civil and Environmental Engineering, the Department of Electrical and Computer Engineering (courtesy), and the Coordinated Science Laboratory at the University of Illinois at Urbana-Champaign. Prof. Work earned his Bachelor of Science degree (2006) from the Ohio State University, and a Master of Science (2007) and Ph.D. (2010) from the University of California, Berkeley, each in civil engineering. Prior to joining the faculty at Illinois, Work was a research intern at Nokia Research Center, Palo Alto from 2008-2009, and a guest researcher at Microsoft Research Redmond in 2010. Prof. Work has research interests in control, estimation, and optimization of cyber physical systems, mobile sensing, and inverse modeling and data assimilation, applied to problems in civil and environmental engineering. He currently serves as associate editor of IEEE Transactions on Intelligent Transportation Systems and Transportation Research Part C – Emerging Technologies, and is a member of the IEEE Technical Committee on Cybernetics for Cyber-Physical Systems. Prof. Work has received a number of honors and awards including selection to participate in the National Academy of Engineering’s 2016 EU US Frontiers of Engineering Symposium, being named a UIUC CEE Excellence Faculty Fellow in 2016, the 2015 UIUC ASCE Outstanding Professor Award, the CAREER Award from the National Science Foundation in 2014, and the IEEE ITSS Best Dissertation Award in 2011.