Welcome back! We are glad to have Mr. John Day as our guest speaker for this week’s social hour on Friday, October 9 at 3:00PM in 301 CSL. This special session is titled as “Are You Guys in a Band?” – “No we are crypto-facsist lackeys of military-industrial complex“.

Fun fact: John’s office was fire bombed when he was a student here at Illinois. According to John – “It didn’t go off but they would have gotten our beer refrigerator!”

Join us at the event to know more about this incident. 🙂 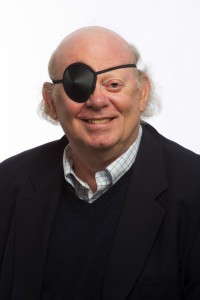 John Day has been involved in research and development of computer networks since 1970, when their group at the UIUC was the 12th node on ARPANET and has developed and designed protocols for everything from the data link layer to the application layer. Also making fundamental contributions to research on distributed databases. He managed the development of the OSI reference model, naming and addressing, and a major contributor to the upper-layer architecture and the development of network management architecture, working in the area since 1984 and building and deploying a network management system, a decade ahead of comparable systems. Mr. Day has published Patterns in Network Architecture: A Return to Fundamentals (Prentice Hall, 2008), which has been characterized (embarrassingly) as “the most important book on network protocols in general and the Internet in particular ever written.”  The book analyzes the fundamental flaws in the Internet and proposes what appears to be the only path forward. Today Mr. Day splits his time between making this new path a reality and teaching at Boston University. Mr. Day is also a recognized scholar in the history of cartography (emphasis on 17thC China), and is currently President of the Boston Map Society.